The Burning Truth was in attendance at United Wrestling last show of 2017 which took place at The Abbey Hulton Suburban Club, however, our attendance there was for differing reasons I was there to watch and enjoy the show, whereas our very own Matt Burns was once again entertaining the home town audience.  This was my first show at United for nearly 18 months and I went there with an open mind and waiting to be entertained, the venue though smaller in size lets in a greater ticket gate due to the unique set up, the venue also has this intermate set up letting the audience feel directly involved as they are close to the action.

The show comes out strong with United owner Richard Lees addressing the audience and makes them aware that the Suburban club will be the host of the united shows that take place on the last Friday of the month in 2018. He then goes on to introduce our special guest ring announcer for the evening which is Scott Skyler, he comes out and gets the crowd going before making us aware that there is a superstar backstage who wants to address some issues that are on his mind.

Bjorn comes out and says that this was supposed to be the night where he gets his title shot against Johnny Alpha but due to the incompetence of United Management, Alpha isn’t in the building tonight. So instead he starts the night off with an open challenge saying he will take on any man or woman.

The match starts off with a bit of pandering and shouting by Bjorn and then we have a breath off which nearly knocks out our senior official in Tony, Until Shay breaths some life back into him. We then kick in the match with a collar and elbow tie-up which Shay gets the better of Bjorn and he goes to the outside for a break to recoup his thoughts. He then has a second go at charging Shay who once again gets the better of him by hitting 2 successive arm drags and then sending Bjorn back to the outside. At this point Bjorn must have been thinking the third time is the charm but he is then meet which a snapmare dropkick combination.

Shay’s early momentum is then cut off by a stiff forearm shot and then the larger Bjorn goes to work on Shay, mainly focusing his onslaught to the mid-section of shay before derailing her attempt at a comeback. Bjorn now feeling he is in control of the match starts making sure people know his name and screams it at the top of his voice. Now feeling like the crowd knows who he is, he starts to choke Shay in the corner to the displeasure of the crowd.

From an Irish Whip, Shay counters the clothesline attempt and hits a sweet knee and neckbreaker combo, which gets a 2 count from the ref. We then have a series of finish attempts before Bjorn goes for the Rainmaker, which Shay counters into a schoolboy roll-up and takes the surprise 3 count. 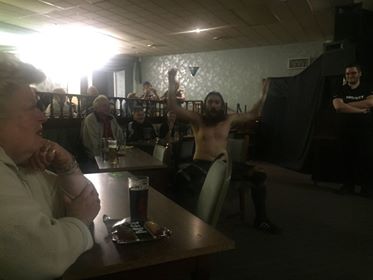 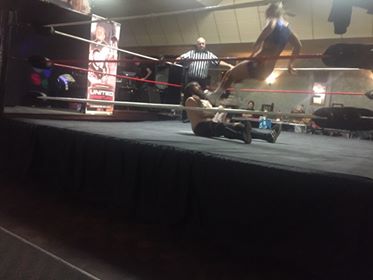 After the match Skyler asks Bjorn how it feels to get beat by a girl, Bjorn still in disbelief that he lost to Shay, issues a second open challenge to anyone in the back, this is then answered by Big Rich but Bjorn feels exiting would be the best option, to avoid another beating by a bigger opponent and heads for the hills. Leaving Big Rich unchallenged or so we think until Skyler introduces his opponent, The Funky Fresh Matt Burns.

This was billed as the battle of the Super Heavyweights by Skyler and it didn’t disappoint. Burns in typical Burns Fashion tells Rich that he is going make him Dance, don’t worry though this wasn’t going to be a rendition of Vince Mcmahon’s Stand back, it turned out he was going to introduce him to the disco world of Saturday night fever.  Once the dancing is done Burns ducks a clothesline from Rich and managed to hit some Disco Punches, that catches the big man off guard but doesn’t knock him down. Burns tries to run off the ropes and his 2 shoulder blocks which only moved the Mountain of a man in Rich about 2 inches.

Rich then hits the Clothesline on Burns who was returning for the 3rd Shoulder Block, it must have felt like he had been hit by a Truck. Burns starts to fight back against Rich with some punches to the body, and he then tries to run at the ropes but he gets pulled back by his hair which sends him crashing to the ground. Rich now having the match at his pace drags Burns via the head across the top rope and then chops him for good measure. Hard Irish Whip by Rich targeting the back and then he locks in the Camel Clutch to try and make him humble. The Crowd trying to get Burns back into the match but is cut short by the Corner Shoulder Thrusts by Rich.

At this point Burns gets his second wind and rushes at Rich hitting his trademark Corner Clotheslines for a count of 10 and a European Uppercut, senses this could be the opening he needs goes for the Crossbody but Rich catches him and drops him down taking the wind out of him before dropping the Mother of all Elbows and gets the 3 count victory.

After the match, Officials come to see if they can help Matt out of the ring but he refuses the additional help, as he wants to leave under his own willpower with the crowds' support and cheers. 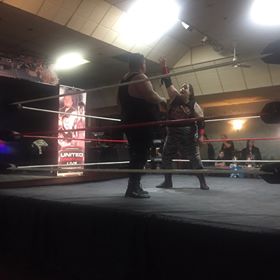 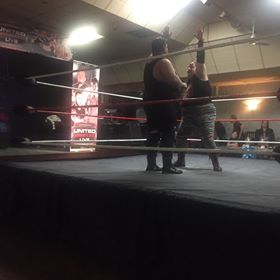 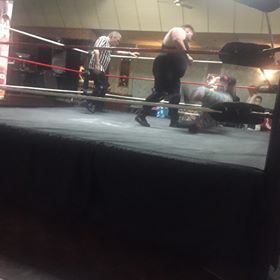 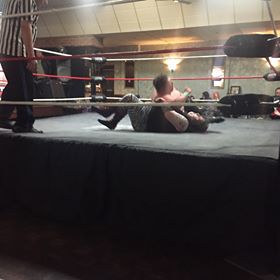 This was billed as a match from the cruiserweight division, Before the match began Dante noticed that Ritmo still had his sword attached, so in response to this, Ritmo Decided he would detach his sword and pass it elsewhere unfortunately for Dante that happened to right up where the sun doesn’t shine.

The match gets off on the way with some chain wrestling starting with Ritmo getting a headlock takeover before Dante gets control with the headlock. Dante then leapfrogs over Ritmo but “re-injures” the nether regions. While the officials tend to Dante, Ritmo is trying to explain that Dante is faking, once Derek comes over to check, Dante hits the forearm to Ritmo and takes control of the match. Ritmo comes back on the offense, he comes and hits the round the world backflip and then follows it up with a head-scissors takedown.  Now in the ascendancy Ritmo hits a leaping leg drop.

Ritmo trying to keep on top of the momentum goes for a springboard but Dante hits him in the back and then hits the neckbreaker, but he then wastes time by taunting first, then going for the pin. Both men now physically spent, Ritmo manages to get a second rope hurricanrana, but he then walks into a spike DDT as a response from Dante who again can only get a 2 count, but this time it is due to the instincts and the never say die attitude of Ritmo.

Coming towards the end of the match Ritmo hits a Springboard Senton followed by a Second Rope Tope Suicida Dive to the outside. Ritmo trying to put the match to bed hits the running fireman’s carry and Super Kick combo for a 2 count. The End of the match however came in the form of Dante stealing the victory with the illegal pin by putting his feet on the ropes.

After the match, he eats an RKO from Ritmo for good measure and possible comeuppance for the illegal pin victory. 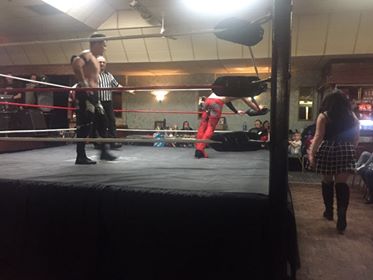 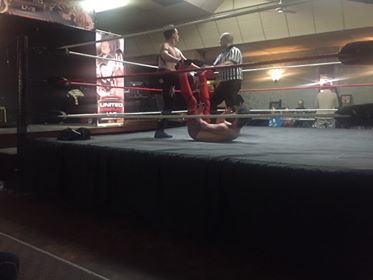 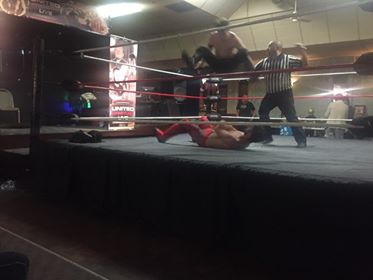 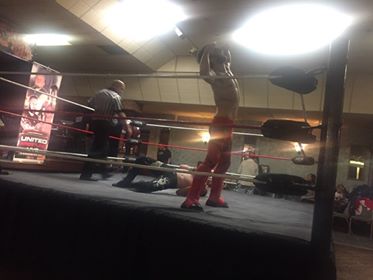 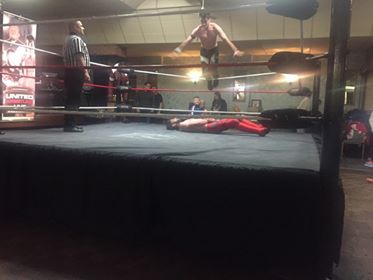 Bert before the match kicks in is trading insults with the crowd who are letting him know that he isn’t welcome. When we think the match can go ahead Bert retreats to the outside and is met by more abuse and a chorus of chicken chants. Bert then gets a shot in from behind followed by an Uppercut. A ring chase around the ring with Bert being the first one in but he misses the Elbow as Tommy slides in and out of the ring to avoid it. Tommy goes on the offensive now with shots to the back and then a Single Leg Dropkick to the outside.

After an altercation on the outside, Taylor is leaning against the post and Bert goes for the Chop but misses and hits his hand against the post. Tommy then leads Bert around the crowd hand first and the crowd slapped him on his sore hand. As Taylor is trying to get back in the ring, Bert Kicks the second rope, which then leads to more Kicks by Bert and then also some Rope Choking on Tommy. We then have the first near fall of the match following a Vertical Suplex. Comeback attempt by Tommy is cut short by a Flying Clothesline from Bert.

Tommy is still being worked over by Bert who is starting to get a bit complacent while applying submissions, which then allows Tommy to send him corner first into the post. Tommy then hits Bert with a Half Nelson Bulldog and then hits the Spinning Heel Kick in the corner. Bert counters the Superkick into the Backstabber for a 2 count. Bert then attempts an Irish Whip, which gets reversed by Tommy, who then manages to hit Bert with the Superkick for the 1, 2, 3. 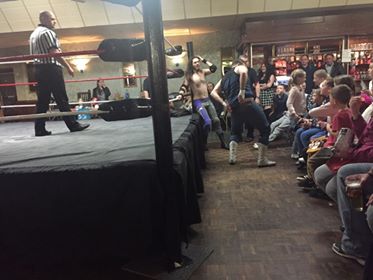 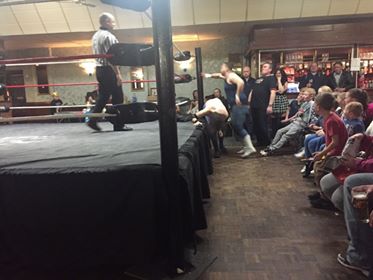 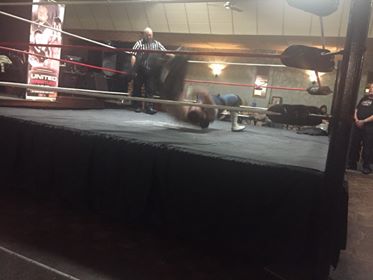 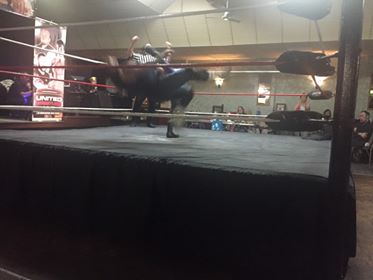 The match starts with White Tiger ducking the Clothesline of Malen and then hits MacManus, A series of Arm Drags follows from White Tiger onto his competitors. After a brief stint of offense, the agreement between MacManus and Malen occurs and they take the offense to White Tiger. We see both competitors hit a Whip and Clothesline combo on White Tiger and then they send him to the outside.

Tiger gets a few moments to recover and then causes a meeting of the minds on the outside, back on the inside of the ring, Tiger attention is divided, which he then gets hit with a Russian Leg Sweep by Malen. Malen goes for the pin but a disagreement breaks out between Malen and MacManus. Tiger then hits a Trouble in Paradise Kick that sends Malen to the outside. MacManus turns his sole attention to Tiger but gets hit with the Head Scissors Takedown.

All 3 men back in the ring now, MacManus is in the corner and is holding Malen, however, MacManus doesn’t see Tiger getting ahead of steam but Malen does and can’t escape which results in Tiger splashes both competitors, White Tiger hits a Bulldog Clothesline Combo. MacManus takes the Knee Strike to the Head before Malen sends Tiger out of the ring and to steal the Pinfall Victory for himself.

Malen quickly escapes the ring after acquiring the Victory full of smiles and jubilation. White Tiger was a bit distracted by Malen’s Victory lap, that Dean MacManus attempted to assault him from behind, however, White Tiger was prepared for this and managed to send MacManus packing to the locker room.

It was then announced that White Tiger, Dean MacManus, and a number of other competitors would have a chance to become the next #1 Contender to the United Wrestling Championship at the next event in the New Year, which will be contested in a Royal Rumble Match on 26th January 2018, at The Abbey Hulton Suburban Club. 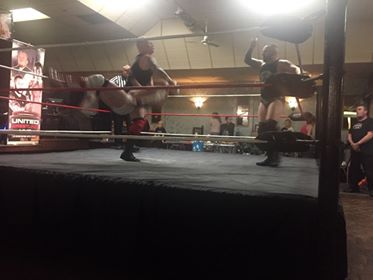 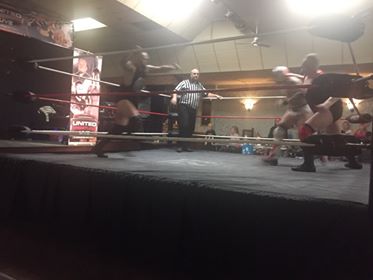 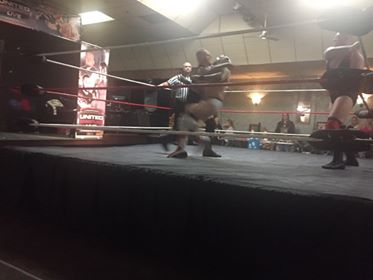 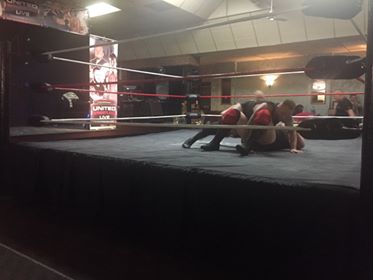 WWE Hell in a Cell 2018 Predictions